Wimonitor is a wonderful product from Hacker Arsenal that saves pentesters the hassle of having to configure VMs, carry compatible wireless cards that support monitor mode etc. and comes with a web interface to do the configurations. It gives you the flexibility to plug in the device into the Ethernet port and start Wi-Fi monitoring on any OS. Basically it is a tp-link TL-MR3020 router with a custom firmware that does all the monitoring part and sends the packets to the host laptop (or Mac !) where you can start Wireshark and concentrate on the packet analysis.

I haven’t got one yet, but have been hearing good reviews about the product since launch. The shipping cost to EU is a bummer :(. Hopefully they will start shipping from EU soon.

Meanwhile - why not try this on a Raspberry Pi ?

The Pi can run a variety of OS including Kali and I have had good success using Pi’s during Wi-Fi pentests. The Raspberry Pi 3B is powerful enough to do stable monitoring and with a few simple steps can be converted to a Wimonitor (well, almost !).

The awesome folks at Hacker Arsenal have done a brilliant job in building Wimonitor. It is a stable plug n play device with firmware support expected. So if you are a beginner to Wi-Fi security or need a trouble free monitoring tool, I would recommend going with Wimonitor. 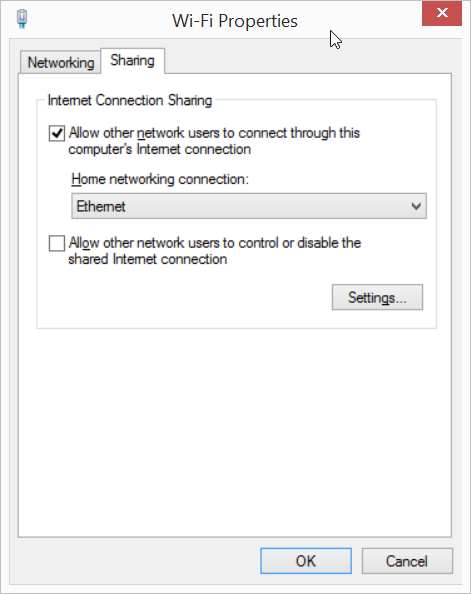 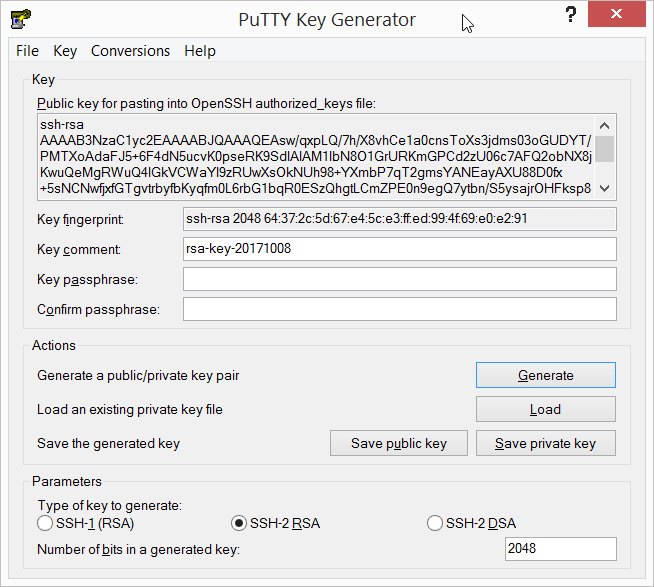 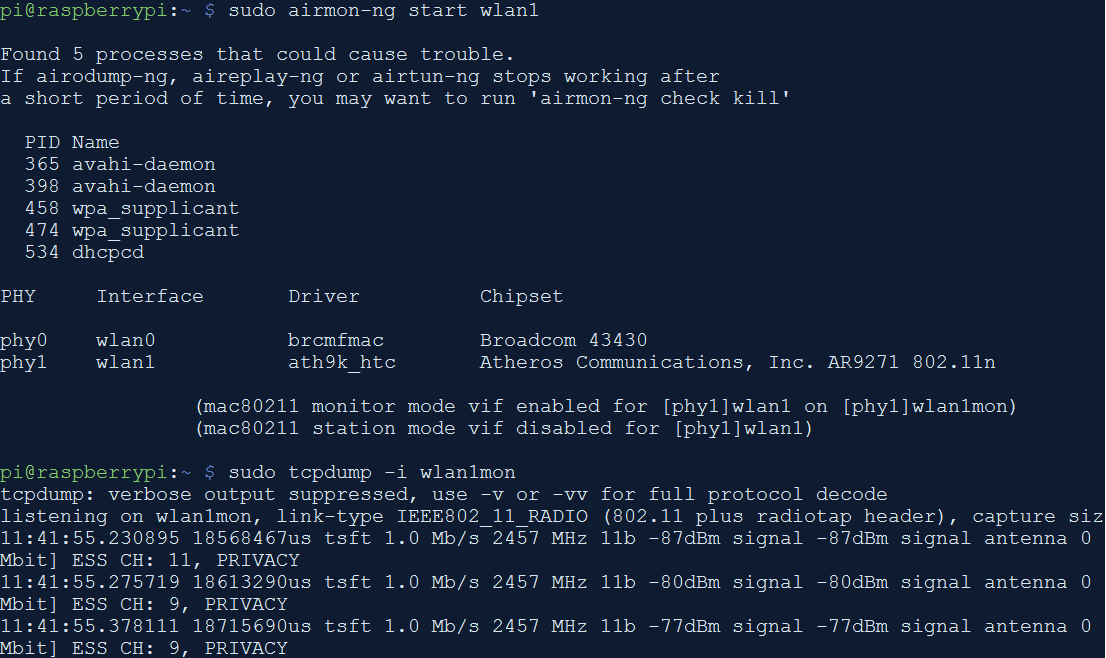 The one-liner to do all of this is: 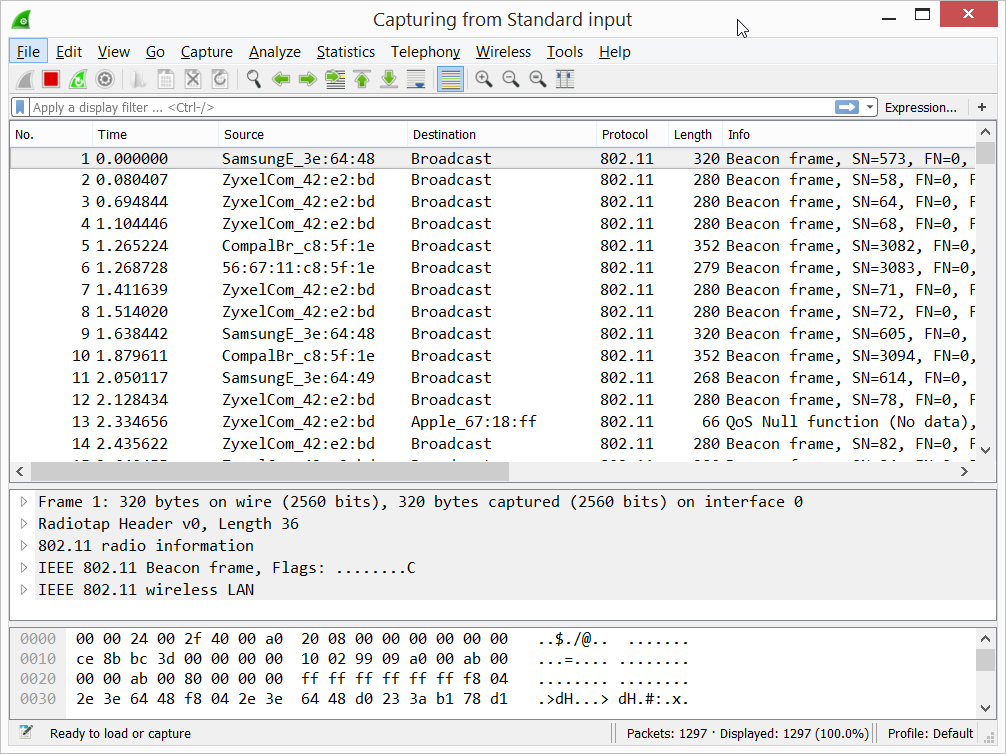 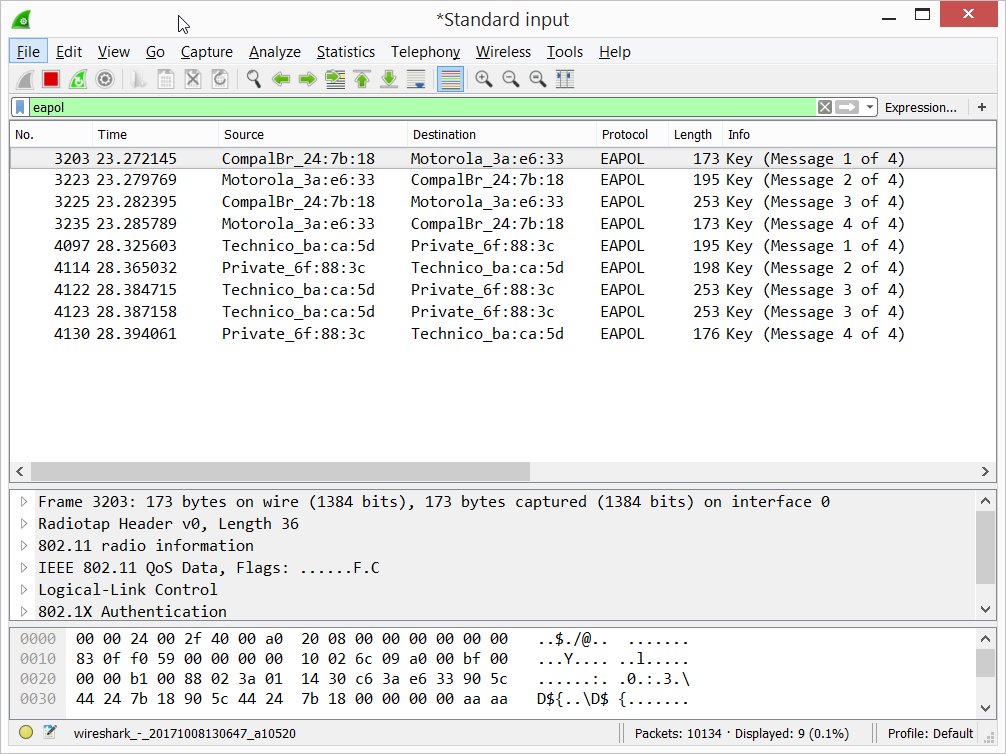 To monitor only channel 1,

As you can see, a Raspberry Pi can be used to do Wi-Fi monitoring with minimal effort and pipe the output for viewing using Wireshark on Windows or any OS using the same method.

The “minimal” setup to get up and running

The above steps are a one time setup. For subsequent monitoring, plug in the Pi with wireless card, power ON the Pi and run the below command to create a monitor mode on the Pi.

Fire up Wireshark to start the monitoring. 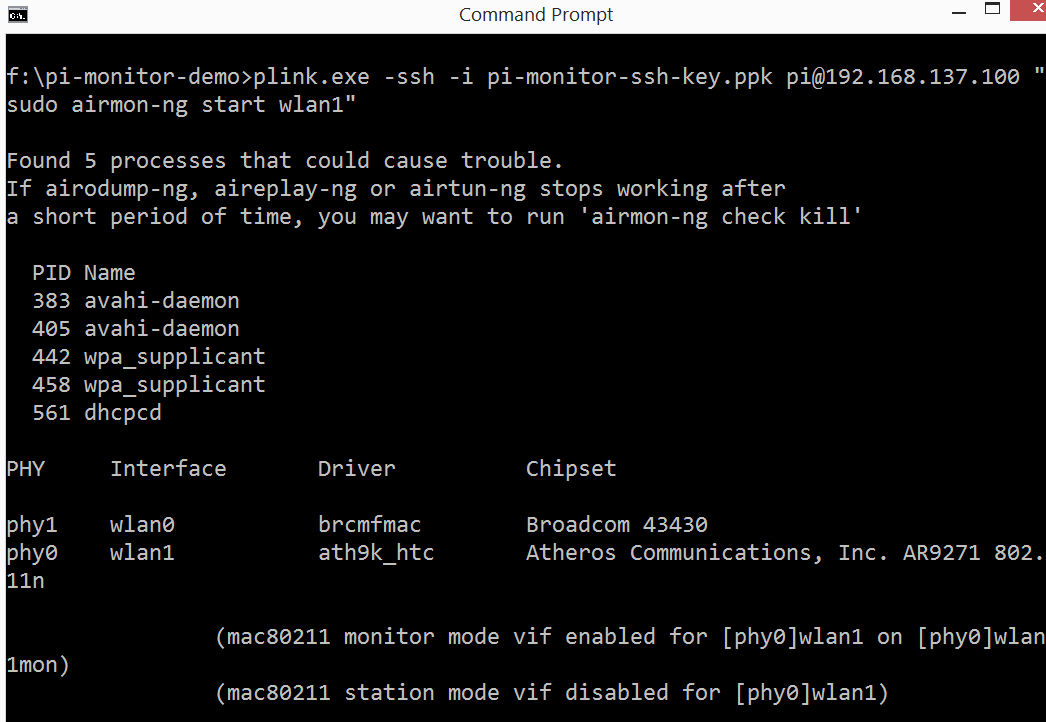 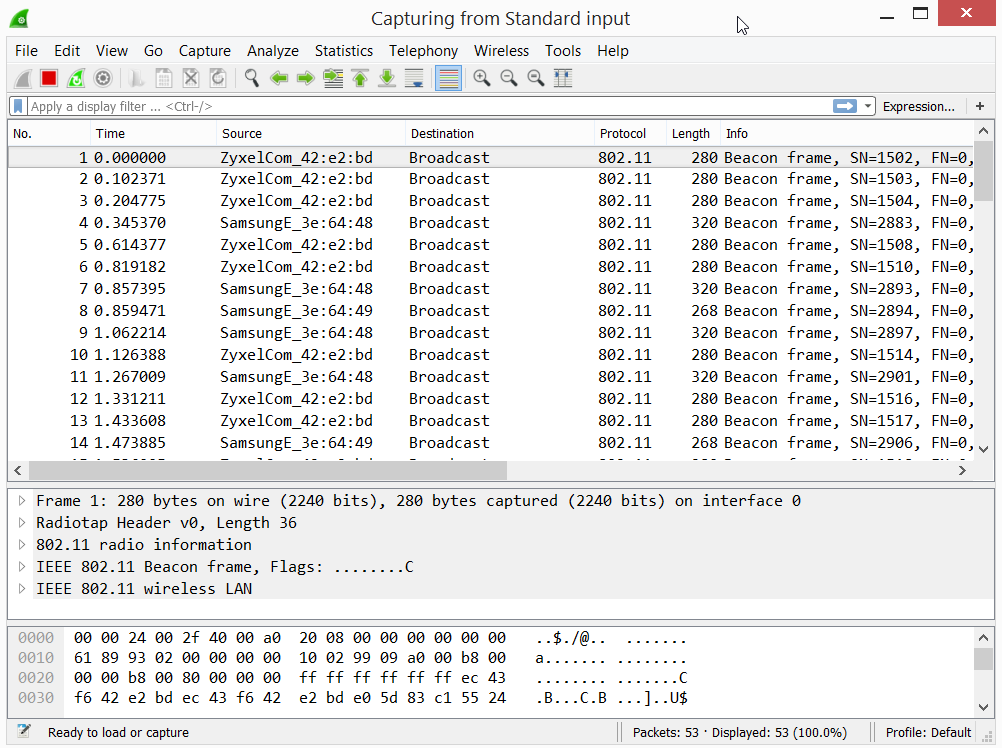